Enduring friendship is like water under the bridge; constant, cool and lasting. From a Coast Guard bond of friendship, to a passion for crafting partnership, Dave & Kevin bring you Under the Bridge Hard Cider.

What began as a homebrewing hobby turned into a dream career for co-owner Kevin Smith. Kevin’s taste for cider developed while he served in the Coast Guard, being stationed throughout the country, including Alaska, New Jersey, Minnesota, and Washington, D.C. where he met his business partner, Dave Poole.

While initially a hobby, after winning several homebrewing competitions, Kevin reconnected with Dave, and together they got to work on a business plan.

Growing up in Lebanon County, Pennsylvania, Kevin thought it was a no-brainer to establish a cidery in his hometown. Today, Under The Bridge is the only cidery in Downtown Lebanon and they are proud to be a part of the town’s resurgence.

Under The Bridge uses the Rye Modern Style, but leaves their ciders fully dry. There are no added sweeteners and no sulfites or other preservatives. They don’t pasteurize or filter; it’s simply fermented apples and products – like strawberries or other fruits – for flavor. 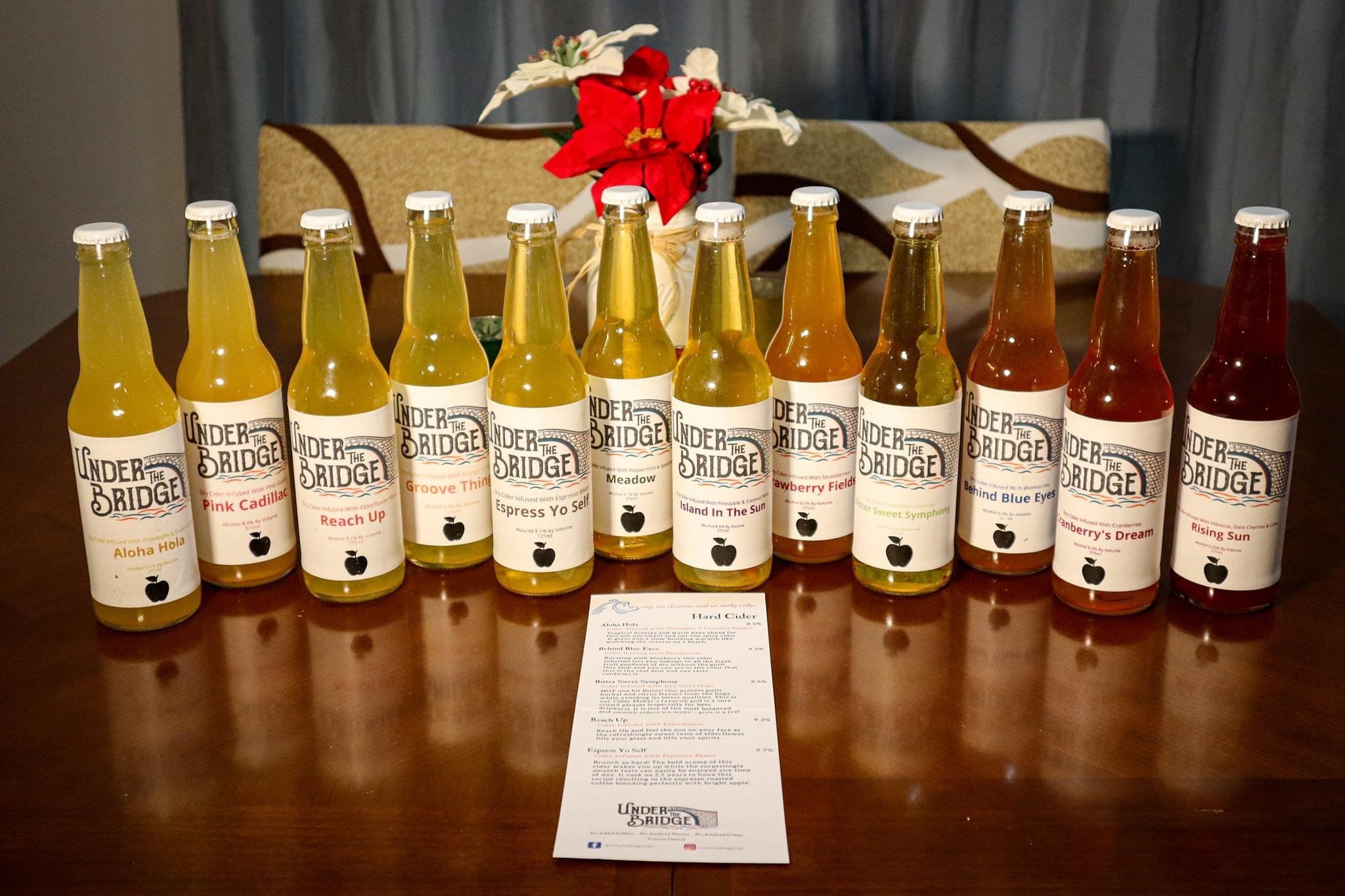 FREE SHIPPINGOn a purchase of 12 bottles or more with UNDERTHEBRIDGEFREE at checkout.

Or save up to $15 off shipping on 6 bottles or more with UNDERTHEBRIDGE6 at checkout.